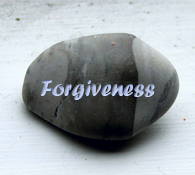 Has anyone done something wrong to you but didn’t ask forgiveness for what he/she did? or Has anyone hurt you so deeply that you think you can never forgive that person ever?

Forgiving is not easy at all in any way, what more if that person you have to forgive hasn’t ask an apology for what happened or what he/she did. Some people say that “Why will I forgive, if he/she/them hasn’t apologize for what they did?”. How can we really forgive???

I had experienced this same dilemma. I have a family member, who I had conflict with, but I didn’t do anything wrong. I am not even involved in that conflict. I just mediated in their confrontation with one of our family member also. After all the talking and arguments, he said something that is not good that he will do to our family member. So I said to him in a intensified voice, that “It is not good. Do you think that will resolve the problem? It will just make it worst.” After the confrontation, it wasn’t resolved still. After the following days, I noticed that he wasn’t talking to me. This went on for more that a month and he also acted in ways that are disrespectful and rude. As he was doing this, I had a great anger growing in my heart. I was thinking, “I didn’t do anything wrong. He was the one who said bad things and now I am the one who is like at fault. I should be the one who should be angry.” But still I tried to approach and give respect but he acted the opposite. I am so angry and my heart felt so so heavy that it wants to explode.

As I was building hatred inside, I wanted to retaliate. But I was reminded that I should remove the anger that is in me. It is not pleasing to the Lord and He wants me to forgive. Then my mind is battling whether to forgive or not. Then to top it off, I have to forgive him even if he didn’t ask for forgiveness…What??? How can I do that???!!! I asked the help of the Lord to lift that heaviness I am feeling and that I may forgive. This anger has eaten me. He is the only one who can help me because I don’t now how and where to start. Every time I feel the anger, I pray.

As stated in the Bible….
“Bear with each other and forgive one another if any of you has a grievance against someone. Forgive as the Lord forgave you.” – Colossians 3:13 NIV

Who am I not to forgive, if the Lord has forgiven my sins. But I bet you it is NOT REALLY EASY! By the grace of the Lord, one day all the anger and heaviness was removed from me. I was able to talk to him with joy and just letting the offenses go. (Of course, it’s not instant)

What I have learned from this is “Forgiveness is not for the person to be forgiven but for us who needs to forgive.” Forgiving is lifting the burden it has given us. It releases us from our own hatred and anger that gives us that gloomy feeling. It let us live freely and peacefully. Who wouldn’t want that? By the grace of the Lord, anything that is impossible to us, is possible to Him.